< Return to About Page

A brief history of the State Foundation on Culture and the Arts.

History of the SFCA

The State Foundation on Culture and the Arts (SFCA) was established by the Hawaiʻi State Legislature in 1965, in large part through the vision and effort of Hawai‘i leaders such as architect and State Planning Coordinator Alfred Preis, SFCA Founding Chairperson Masaru “Pundy” Yokouchi, State Senator Nadao Yoshinaga, and Governor John Burns.

The creation of a state arts agency made Hawai‘i eligible to receive federal grants from the National Endowment for the Arts (NEA), newly established as part of the National Foundation on the Arts and Humanities on September 29, 1965.

Initially, the SFCA was placed within the Office of the Governor and was located in the Princess Victoria Kamamalu Building at 250 South King Street in Honolulu. One of the original programs was the SFCA Biennium Grants Program. This vital program has provided millions of dollars to nurture and invigorate arts and cultural programming statewide. 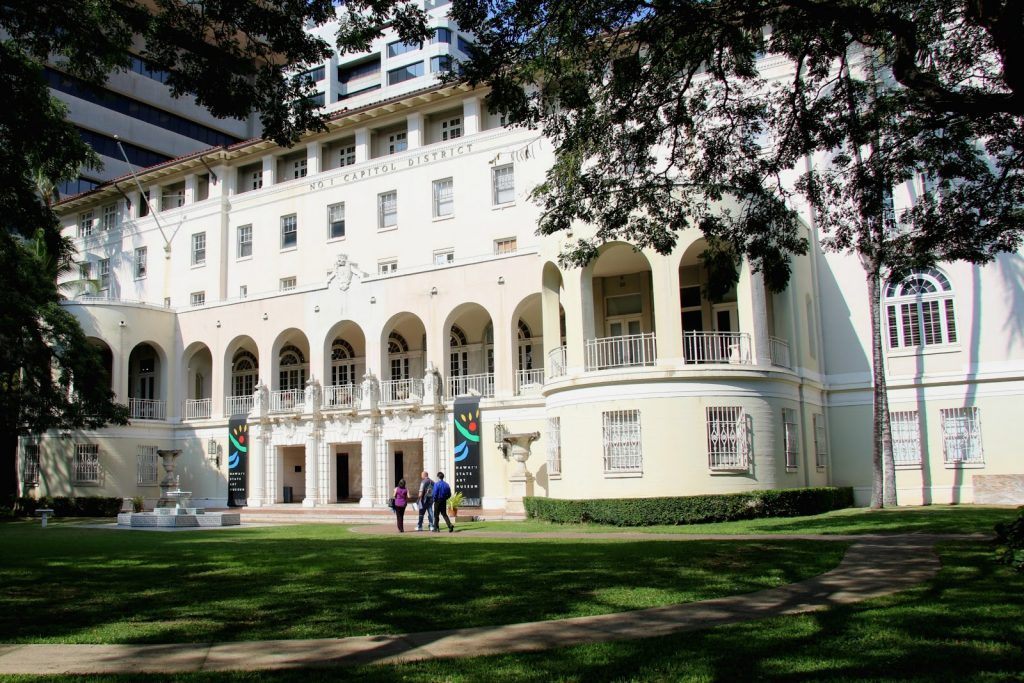 The mission of the SFCA is to promote, perpetuate, and preserve culture and the arts in Hawai‘i.

We celebrate and emphasize the cultural richness and diversity of Hawaiʻi.

We believe in equitable access, transparency, and community-based decision making.

We view art and cultural engagement as critical to the educational, economic, and social well-being of individuals, communities, and the state of Hawaiʻi.

In 1965, the State Foundation on Culture and the Arts was established by the Hawaiʻi State Legislature.

In 1967, the State Legislature enacted the Art in State Buildings Law that established the Art in Public Places Program within the SFCA, the first such program in the nation. A separate method of funding for this program was created through accessing one percent of the construction cost of new state buildings, making Hawai‘i the first state in the nation to establish a percent-for-art law.

The Hawaiʻi State Art Museum opened in the fall of 2002 on the second floor of the No. 1 Capitol District building in downtown Honolulu. The museum galleries feature artwork from the SFCA Art in Public Places Collection and is a “learning laboratory” for the Art Bento museum education program for public and charter schools.

Alfred Preis (1911-March 29, 1993) designed the USS Arizona Memorial in Pearl Harbor. Preis, who was born in Austria and lived in Honolulu, was detained for three months at the Sand Island Detainment Camp in Hawai’i after the December 7, 1941 attack. His other works include the entrance to the Honolulu Zoo, creation of a park around the Hawai’i Capitol, and championing a successful effort that made Hawai‘i the first state to require companies to donate 1 percent of construction costs for public art. (Bio from Wikipedia)